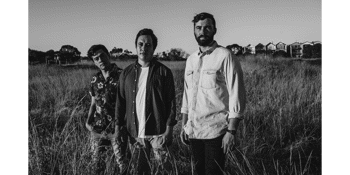 TBA
Gasometer Bandroom (Collingwood, VIC)
Friday, 12 August 2022 7:30 pm
4 days away
18 Plus
Music
Indie
POP
Send this event to
The New Zealand and Australian-born trio known as Woodlock, featuring brothers Zech Walters (guitar/vocals), Eze Walters (guitar/vocals), and friend Bowen Purcell (drums,) return with “Sunday Drive,” the third single from their upcoming EP Bermuda Sea, set for release on August 5, 2022 via Nettwerk. To celebrate the EP release, Woodlock is finally coming back on tour after taking a long break from touring and will bring a completely new live experience to the fans with a new format. The 'Bermuda Sea Tour' will kick off in Melbourne and the band will also play Brisbane, Sydney and Adelaide in the following weeks. The group’s live performance has changed significantly since their tour in 2016 from just an acoustic set up to a full band stage set up exploring new sounds.


Eze Walters shares on the exciting tour announcement, “We are really looking forward to going on tour, playing new music for people and just getting out on a bit of an adventure. Our best songs have always been written while out on the road so look forward to the new song ideas to come out of it.