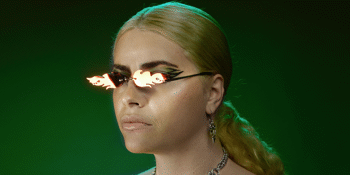 New dates for June Jones’ Motorcycle Tour have been announced, with 10 shows around so-called Australia scheduled for February and March 2022. Based on Wurundjeri land, June Jones is an art pop songwriter/singer/producer renowned for her captivating live performances. She is a current nominee for Best Pop Act at the Music Victoria Awards, while her second album Leafcutter is a contender for the 2021 Australian Music Prize. Joining her on stage is June's bestie and Motorcycle co-producer, Geryon. This show is taking place on stolen Wurundjeri land. We pay our respects to elders past and present. Sovereignty has never been ceded.